5 Tips for Introducing Sippy Cups To Your Baby

The growth of a child is an amusing process. During every stage, you need to teach new things to the baby. One most essential transition is a baby turning into a toddler. A breastfed baby now needs to learn how to drink through a sippy cup.

The main reason to introduce sippy cups to the baby is to prevent tooth decay. Many researchers suggest that it is important to introduce a sippy cup to a baby before the first birthday. However, it is not necessary to stop giving breast milk when using a sippy cup. Now let us see 5 tips for introducing sippy cups to your baby.

1. Introduce it as early as possible

2. Introduce it as a toy

There are plenty of ways to introduce a sippy cup to the baby. One of the effective methods is to allow the child to get familiar with it. Give the sippy cup as a toy to the baby. You can give it in mealtime and let your baby figure out how to use it.

3. Try to give tasty liquids

If your baby starts to drink from a sippy can then try to give breast milk in it. As the baby is familiar with breast milk, there are possibilities that it will sip and drink from the cup.

However, if your baby does not drink from the cup, you can try giving other tasty liquids in it. For the babies above 12 months, you can give fruit juice in the sippy cup. Fruit juice is healthy as well as tasty so the baby will start drinking from the sippy cup.

You can create a bedtime bottle routine for your baby. Giving warm milk or other health drinks during the night can help the baby get a peaceful sleep. When providing a night drink, give it in the sippy cup to create a habit.

5. Giving sippy cups in the middle of the night

When sleeping in a crib, Most of the babies will cry at midnight. They cry when they are hungry and want to drink milk. During this time, the baby will be in half-sleep. It is the best time to avoid milk bottles and introduce a sippy cup to the baby. Without even releasing the infant will get familiar with it. Also, after putting back to sleep, ensure to wipe the teeth to prevent tooth decay.

From the above points, it is clear that it is not that hard to introduce a sippy cup to your baby. With less effort and practice, the child will know how to drink from a sippy cup. Consider any of the tips to introduce sippy cups as soon as possible. 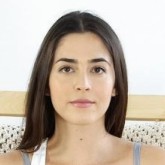 Mary James is a mom of two lovely kids and a lifestyle blogger who shares her personal experience along with moms and babies products reviews and informative tips.

Diaper Bag Vs Regular Backpack: Which is better?

Mary James is a mom of two lovely kids and a lifestyle blogger who shares her personal experience along with moms and babies products reviews and informative tips.

Types of Nasal Aspirator and Their Benefits & Uses